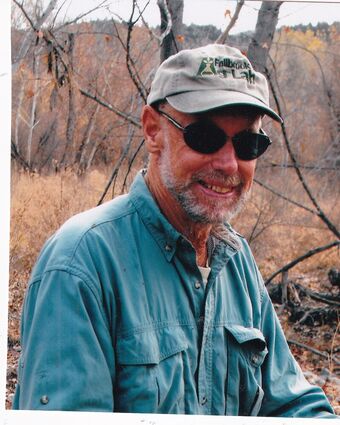 William (Bill) Alexander (Sandy) Ross passed away on Christmas Day 2021 at his sister's home in Payson, Arizona after a long courageous, uncomplaining battle with lung cancer.

Born October 20, 1942, in Norwalk, Connecticut, to Henry Harrison Ross and Anita Haslam Ross, Bill moved with his family to Riverside, California, in 1946. He often told of his cherished childhood memories of Riverside.

After graduating from high school at Riverside Military Academy in Gainesville, Georgia, in 1960, he then attended Riverside City College in Riverside for two years. He then transferred to Arizona State College (now Northern Arizona University/Flagstaff) from which he graduated in 1965 with a Bachelor of Science degree in Forestry.

In 1966, he was accepted to Officer Candidate School in Newport, Rhode Island, and served seven years in Naval Air as a pilot of multi-engine aircraft. He navigated and flew the P-3 Orion anti-submarine reconnaissance aircraft in Vietnam in 1968-69. He then served as aircraft commander of the C-130 Hercules aircraft based in Rota, Spain. His rank was Lieutenant.

He bought a home and avocado grove in Fallbrook in 1971 for his parents. For 42 years, he worked at East Brothers Grove Service (his second family), working his way up to supervisor.

An avid Sierra backpacker for 53 years, he enjoyed experiences more than things, happiest when hiking cross-country in the wilderness.

Sandy was a brilliant and well-read historian, who loved his United States of America. He lived by a staunch moral code of right versus wrong, and he was passionate about everything he believed in.

Sandy's request is that there be no service.