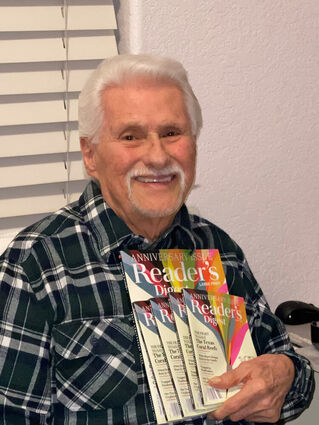 FALLBROOK – Fallbrook is mentioned in over 10 million copies of the Reader's Digest 100th anniversary edition in a humorous submission from local author Dave Aranda-Richards in the February 2022 release.

Arenda-Richards, a human-interest story contributor to the Village News, has had four books published in the past four years, while typing with only his left index finger due to a massive hemorrhagic stroke which paralyzed the right side of his body. Before the stroke, as an ordained evangelist, he traveled across the United States for 16 years bringing to life the preaching of Charles Ha...