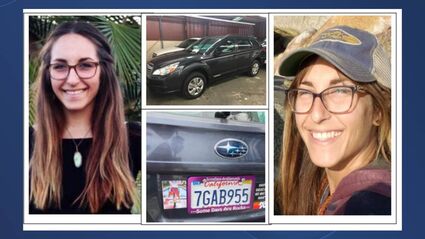 Sara Celeste Otero's body was found at the base of some cliffs near Camp Pendleton on Tuesday, Feb. 8th at about 4 pm. She was missing from her mother's Oceanside home. Sara Celeste Otero, 28, was described by the Oceanside Police Department as a white woman, 5 feet, 6 inches tall, weighing 130 pounds.

The body of the missing Oceanside woman, Sara Celeste Otero, age 28, was reported to be found by law enforcement, Feb. 8 near Camp Pendleton.

At about 3 pm Tuesday, Oceanside police reportedly found Otero's Subaru Outback at Vista View Point parking lot. Her body was then found at 4:08 pm Tuesday at the base of the cliff in a restricted area just west of Camp Pendleton. Foul play is not suspected.

OCEANSIDE (CNS) - Authorities asked for the public's help today in finding a woman who went missing and may be at risk in Oceanside.

Sara Celeste Otero, 28, was described by the Oceanside Police Department as a white woman, 5 feet, 6 inches tall, weighing 130 pounds. In a

photo provided by police, she is wearing glasses and has brown hair with blonde highlights. According to police, she was last seen around 8:40 a.m. driving a charcoal gray Subaru Outback with license plate 7GAB955 in the 1800 block of Aldernay Court.