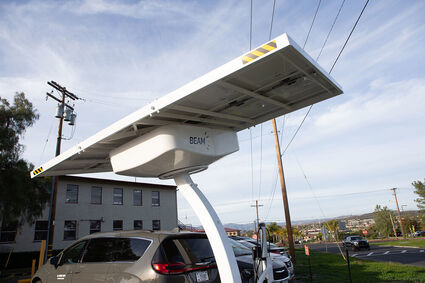 The Marine Corps is moving toward increasing the use of electric vehicles to help reduce emissions and make the service more environmentally friendly, while simultaneously strengthening operational capabilities.

As part of that move, Marine Corps Installations West's South West Region Fleet Transportation office recently received Beam solar-powered electric vehicle chargers to test for use with their fleet of government vehicles aboard several installations. The SWRFT office, who is responsible for overseeing and providing transpo...