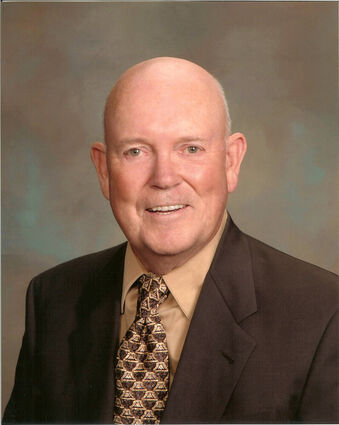 Gordon Wilson Tinker passed away suddenly December 1, 2021. Born March 14, 1937, in San Francisco, California, to Stella and Frank Tinker, Gordon attended San Mateo High School, graduating in 1954 before enrolling at Stanford University, where he graduated with a degree in Electrical Engineering in 1958.

When Gordon started his service with the U.S. Navy in 1959, he thought he'd spend a couple of years and then move on. Then, in 1961, Gordon found himself stationed in Washington D.C., where he'd meet the love of his life, Carla Warner Tinker. They married June 29, 1962, surrounded by their best friends, including Suzanne Engelhorn Kovner, Nancy Dewar and Sandra Woodson.

Shortly after getting married, Carla and Gordon moved to Pacific Grove, California, where Gordon attended Naval Post Graduate School. Their daughter Andrea was born at Fort Ord in 1963. By 1964, the young family was sent to Puerto Rico, where Jill, their youngest, was born in 1965.

The last 10 years of Gordon's Naval career were spent in California, with five on Marine Corps Base Camp Pendleton. Carla and Gordon quickly fell in love with the area and purchased property in Fallbrook, breaking ground in 1975. By mid-1976, they and their two daughters moved into their new home, which they'd built on their own and with the help of friends.

In 1979, Gordon retired with the rank of Commander, having served one year in Vietnam, was stationed in Antarctica in support of a nuclear power plant and oversaw construction of Camp Pendleton's hospital. He also served as the executive officer of the Navy's Public Works Center, where he was responsible for all of San Diego County's Naval bases and their staff.

Retirement didn't sit well with Gordon, so when the Fallbrook Public Utility District came calling, he took their offer and quickly made his mark. Early in his tenure, Gordon learned of an opportunity to expand Fallbrook's 40-year-old reservoir which was quite small, especially for a town that kept growing. He decided to do something about it, and with a loan from the U.S. Department of Interior, oversaw the construction of Red Mountain Reservoir, the largest drinking water reservoir in San Diego County, which went online in 1985.

Gordon was honored to be appointed as FPUD's rep to the San Diego County Water Authority (CWA), who in turn appointed him to the board of the Metropolitan Water District (MWD) in 1997. In 1999, he was named Vice-Chair of the MWD's Engineering and Operating Committee. Gordon ultimately retired from the FPUD in 1999, the MWD in 2000 and the CWA board in 2001.

Gordon loved his adopted home of Fallbrook and made every effort to help it be the best it could be. He joined the Fallbrook Rotary Club in 1981 and remained an active member until 2021. He served on the Fallbrook Revitalization Advisory Council and on the Fallbrook Regional Health District (FHD) from 2005-2018, including service as the FHD's board president.

When not working, Gordon enjoyed playing golf, watching football, wine tasting and traveling. Together with Carla, family and friends, he enjoyed 11 narrow boat trips throughout the United Kingdom and seven canal boat trips throughout France (to just name a few). He also introduced his grandchildren to international travel with trips to England and France in 2002 and 2007 for Andrea, Tori and Nick. In 2011, Jill and her son Justin visited the UK. 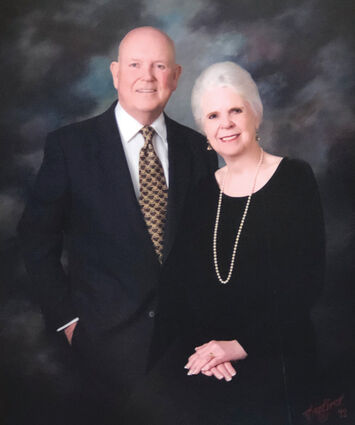 Gordon is survived by his daughters, Andrea Tinker Wassner and Jill Tinker Homer, along with Jill's husband, Peter and grandchildren Tori Wassner, Nick Wassner and his wife, Amy and Justin Homer. Timothy Moore was Gordon's devoted caregiver and trusted friend.

In lieu of flowers, please consider a donation in Gordon's memory to REINS, the Fallbrook Animal Sanctuary, the Foundation for Senior Care or the Boys and Girls Clubs of North County.