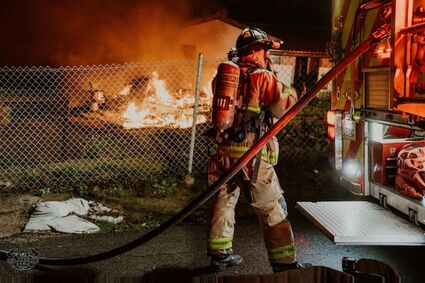 Fire crews arrived on the scene to find a motor home fully engulfed.

UPDATE: The fire at 40491 Gavilan Mountain Road was a fully engulfed motorhome. According to NCFPD PIO John Choi, "The structure was fully involved when crews arrived and was threatening a home under construction that was only 10 ft. away. Crews were able to contain the fire to the motorhome." Choi says it took the water from four engines, which each carry 500 gallons of water, so they used about 2000 gallons.

NCFPD has responded to a structure fire at 40491 Gavilan Mountain Road which was reported at 9:13 pm. This is a breaking story. More information will be reported as it becomes available. 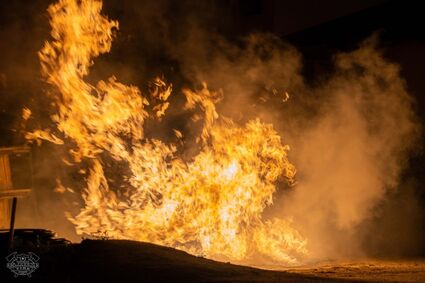 Fire crews arrived on the scene to find a motor home fully engulfed.