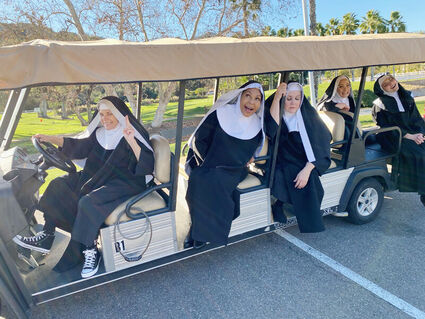 If you have survived Catholic school, "Nunsense, A Musical Comedy" will bring tears to your eyes. Not only is this show close to home at The Welk Resort in Escondido, but it is also hilarious and still relevant today.

No doubt Dan Goggin was educated by the good sisters. In 1985, he proved his insight by creating a successful line of greeting cards featuring nuns which evolved to become the impetus to write the book, music, and lyrics creating the longest running off-Broadway show in history.

Synopsis: "Five of the 19 surviving Little...