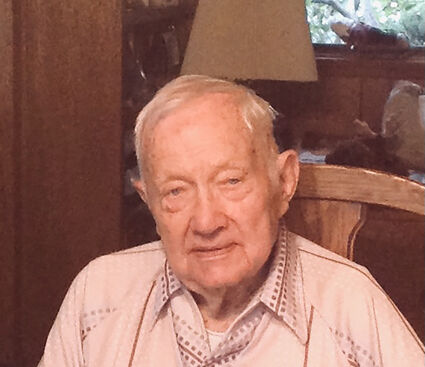 When war WWII was declared, he enlisted in the Navy as a pilot and was assigned to the Navy aircraft carrier Nehenta Bay flying the TBM avenger. While on leave he married R. Elaine Dreher from Nampa.

After the war, he was hired by United Airlines and continued his entire United career based at LAX. Elaine passed away in 1983 and Bob remarried the following year to Ruth Waters.

Bob was active in many activities. He sang with the Fallbrook Barbershop quartet, and the Fallbrook Vintage Car Club with his 1932 Chevrolet Cabriolet. His most favorite gathering was with the Retired United Pilots at their monthly luncheons. Golf at Fallbrook golf club was a regular pastime.

There will be no memorial, but family will spread his ashes together, per his wishes back in Idaho.

His parents, older sister Palma and younger brother Donald predeceased him, as well as a much older half-brother, Richard (Dick) Bowman, who inspired his passion to fly.