They love to run 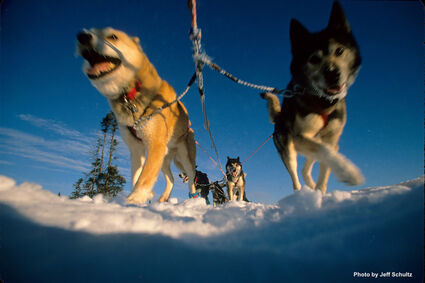 In the land of the midnight sun, twilight will have lifted before the 50th Annual Iditarod race starts on the first Saturday in March. Tradition dictates that all teams depart from 4th and D Streets in downtown Anchorage. It has been that way since 1973.

This year, there will be 57 teams striking out in the oldest race of its kind. It's an even year, so they will take the North Course through Alaska's interior. The trail wedges over, under, and through hip-deep snow, around forests, and plows across icy tundra, often in subzero temper...