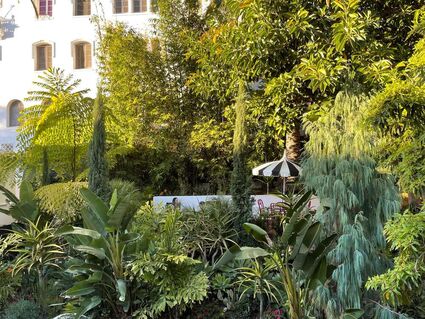 A garden full of trees is soothing to one's soul.

The first Arbor Day celebration began in Nebraska on April 20, 1872. On that day, one million trees were planted throughout Nebraska. Prizes were offered to those counties that planted the most trees on that day.

It all began with J. Sterling Morton, an early settler to the Nebraska territory, who purchased barren prairie land to settle with his family.

At that time, the prairie had few trees and without them, the settlers lacked windbreaks, fuel, building materials, and shade from the hot summer sun.