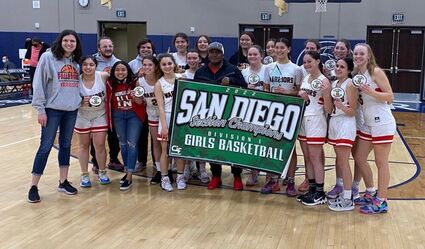 "That was something that they had their hearts set on, and they came out and played that way," said Fallbrook coach Trae Harrison.

Last year, the Warriors reached the CIF final and lost by one point. "They remembered what it felt like last year," Harrison said. "They didn't want that."