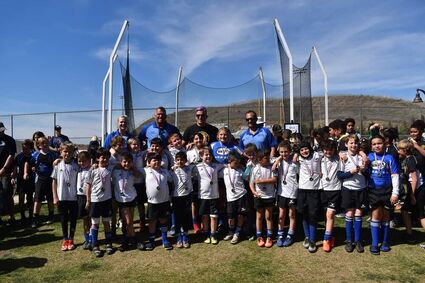 FALLBROOK – Fallbrook Youth Rugby's U10 team (under 10 years old) placed first at the end of season Rugby Tournament Feb. 26 held in San Juan Capistrano. The U10 team had 26 athletes on the team, 24 of which had never played Winter 15's until this season.

Normally a team with such a lack of experience would play in the rookie brackets, but the team was placed in the Intermediate bracket. Coach Justin Robinson said, "In all my years of coaching, I have never seen better open field tackling in this age group. This team plays with heart. When I told them to bite down and go to work, they di...