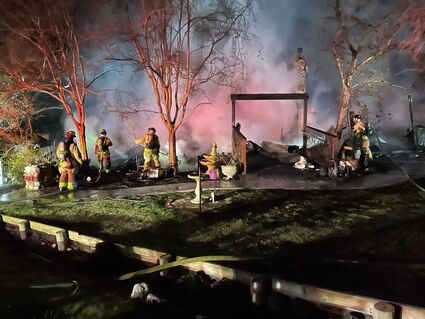 Firefighters put out a structure fire on the Myrtle Creek property that was fully engulfed.

According to NCFPD PIO John Choi, "The call came in at 12:21 AM. This was at 2940 Reche Road. The building was previously used as the gift shop at Myrtle Creek. No one was inside the structure at the time of the fire. North County Fire Protection District firefighters arrived on the scene to find a fully involved structure spreading to the vegetation. Crews aggressively stopped the forward spread of the vegetation fire."

Captain Choi added that they were assisted by one CAL Fire engine and a CAL Fire Chief and the fire was contained by 1:01 am. The fire was fully under control by 2:11 am.

No injuries were reported and the fire's cause is under investigation. 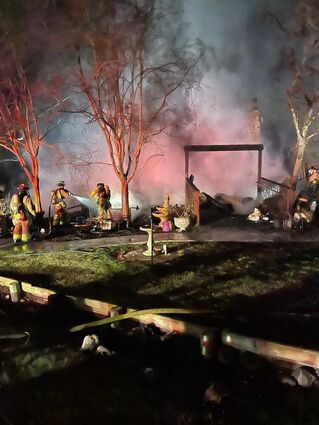 Firefighters put out a structure fire on the Myrtle Creek property that was fully engulfed.

A spokesperson for Myrtle Creek said, "We're overjoyed to report that no one was hurt as North County Fire responded to and controlled the fire quickly. Sadly, however, the blaze consumed an heirloom farmhouse in which generations of the Sherman family have built memories. The memories can't be destroyed, but the loss of the cherished piece of family history is a cause for sorrow. The family asks that the community respect their privacy as they process this loss. The Myrtle Foundation remains intact and will continue to make donations."

At 12:21 am this morning, a residential fire was called in at 2940 Reche Rd. in Fallbrook. North County Fire tweeted that they were on scene and the road was apparently blocked because they tweeted just after 2 am that the road was open and the fire was under control. More information will be reported as it becomes available.