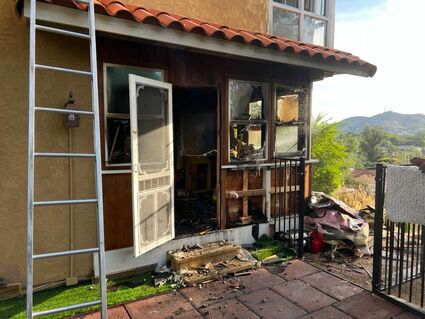 This photo shows the damage caused be an early morning house fire on Jericho Drive in Fallbrook.

No injuries were reported in the incident and the cause of the fire remains under investigation, he said.