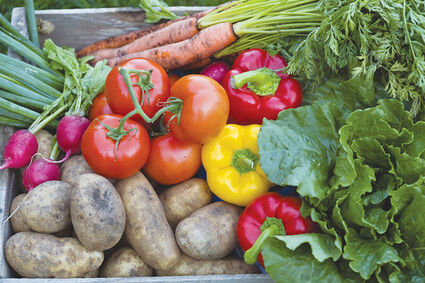 FALLBROOK – Vegetables need a certain number of growing days with ideal conditions in order to mature and produce a viable yield. These conditions vary depending on the vegetables being grown, with plants thriving in key zones across the country. The gardening resource Fine Gardening says certain vegetable varieties are specially bred for, or may be best suited to, certain climates. Knowing which vegetables are ideal for where you live can give your garden the best chances for success.

The first step is reviewing the USDA Hardiness Zone Map to determine your specific climate zone. Canada also has a Plant Hardiness Zone map. These maps are based on the extreme minimum temperatures in the zones and can be a useful tool in determining which plants will thrive where one lives.

Additional variables to consider include the amount of precipitation the area gets, average humidity, maximum temperatures, and soil conditions. Here's a look at the best produce for certain regions of the country based on hardiness zones.

Located in Alaska, the northern continental United States, high mountains, and the upper latitudes of Canada, this zone features long, cold winters and the shortest growing season (April to September). The best plants will be those that require short intervals between planting and harvest, like asparagus, lettuce, kale, broccoli, and vine tomatoes.

This zone encompasses the uppermost United States and cool mountain regions, as well as wide swaths of British Columbia, Alberta, Saskatchewan, Manitoba, Ontario, and Quebec. The growing season in zones 3 and 4 lasts from April to October. Vine tomatoes, broccoli, kale, lettuces, spinach, strawberries, sweet peas, pole beans, and potatoes are some of the plants that will do well in these zones.

Zones 5 and 6 encompass much of the continental United States, the southern-most Canadian provinces and coastal Nova Scotia. The growing season in zones 5 and 6 starts in March and can extend into October. Try melons, squashes, corn, strawberries, lettuce and other greens, and tomatoes in these zones.

With a growing season from March to November, these zones are marked by long, hot summers and mild winters, conditions common to the southwest and many southern states. Corn, tomatoes, melons, collard greens, carrots, and others are good choices for this region.

These zones include the deep South of the United States, Florida, Southern California, and much of the Gulf coast. The growing season is quite long, ranging from February to November. In addition to much of the previously mentioned produce, plants like peppers, citrus, yams, peaches, figs and bananas have the best chances of success in these zones.

These are the most tropical zones and are found in Hawaii and Puerto Rico. Growing seasons in zones 11 to 13 extend year-round. Only plants that require the coldest temperatures (sub-40 F) will not do well here.

Knowing the hardiness zone can help gardeners choose the best plants for their gardens.