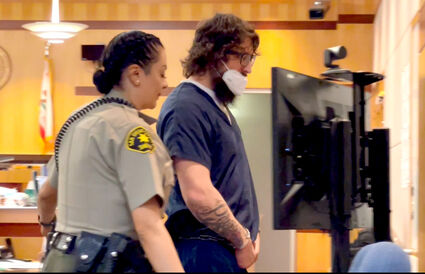 During the conference, Burg sat silently at the attorney's table with Jill Kovaly, his public defender, never addressing the court during the less than two-minute hearing.