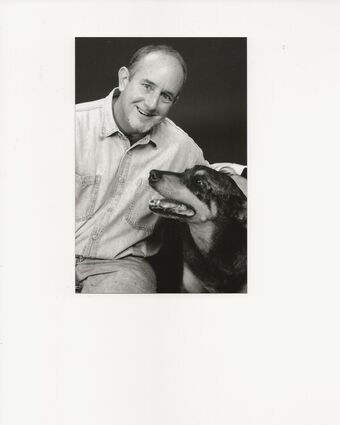 In memory of a life so beautifully lived. Rick Williams went home to be with Jesus on April 4, 2022. Rick fought the good fight in every sense and in every aspect of his life and his faith. His message of hope will live on in all who encountered him.

Rick was born Eric Francis Williams on Nov. 17, 1955, in Sacramento, California. He moved to Fallbrook in 1969 with his family and attended Potter Junior High.

Rick is probably best known as the owner-operator of Fallbrook Window Washing Company, which his father started in 1972. He began working with his dad while still attending Fallbrook High School.

Rick was a true Renaissance Man who succeeded at everything he put his mind to.

He studied flight with instructors at Fallbrook Air Park and took classes at Palomar College. Early on he had a successful palm tree farm and learned to grow, propagate and care for succulents, cycads and exotic plants. Later, he created an aquaponics garden and grew vegetables for family and friends.

Rick loved creating art. He grew a gourd garden, dried the gourds and created award winning masterpieces. He created and sold gourd drums through his business, Nomad Drums. Rick became fascinated with Didgeridoos and learned about Australia and the Aborigine culture and history. He then began making his own. He studied and practiced circular breathing and learned to play the instruments.

He joined and trained extensively with Fallbrook Search and Rescue with his champion dog Jack at his side. He trained and worked for over 10 years with the De Luz Volunteer Fire Department, fighting some of the worst wildland fires Southern California has ever known.

Years before, when Rick brought home the puppy Jack, from an Avocado Festival, he realized he and the dog needed some training. Rick was a natural and became a trainer himself. He started his business, Rick Williams Personal Dog Training, and taught both in-home instruction and group classes at the Fallbrook Community Center.

Rick's interest in dog training extended into volunteer puppy raising for Canine Companions for Independence. Eventually, Rick became a contract trainer for CCI. He taught classes that encouraged puppy raisers to be confident leaders with their potential service dogs. As a family, we raised eight puppies for CCI and we have had four graduate from advanced training.

But the best part of Rick's amazing life is when he began hearing and studying the Word of God. We as a family began attending Calvary Chapel and it resonated with Rick's heart and mind. He referred to Calvary as "church unplugged." Rick loved to get up early to study and memorize the Bible. In March of this year, he completed writing a devotional series based on his in-depth study of "The Full Armor of God."

Rick was preceded in death by his son Eric Williams. He is survived by his wife Janet, son Ben, daughter Jamie, daughter-in-law Jennifer, grandson Rowan and granddaughter Emily.

Everyone who knew Rick loved him. He was selfless, generous and truly enjoyed serving others. He will be missed here, but we all have the promise that we will see him again in heaven.