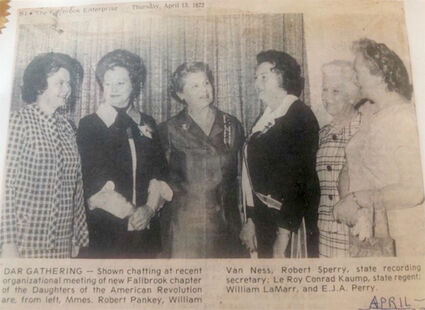 FALLBROOK – This week, the Monserate Chapter of the National Society of the Daughters of the American Revolution is celebrating its 50 anniversary. The Monserate Chapter was organized in April 1972 with 16 members. The chapter was named for the 13,000 acre Mexican land grant given to Ysidro Alvarado called Monserrat. Fallbrook is now located within that area. The Monserate Chapter has grown to over 65 members who meet monthly from September to May at Pala Mesa Resort.