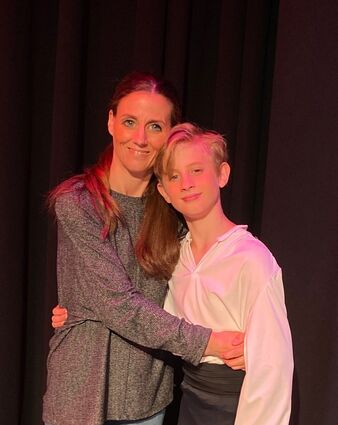 Charley Toscano, right, and his mother/coach Cody Toscano are seen at a ballet competition in September 2021.

Charley Toscano of Bonsall, an accomplished 10-year-old ballet student who recently placed in the top-six of the prestigious Youth America Grand Prix finals in Florida, has been dancing for a little more than two years

There were 18 boys in the precompetitive finals including numerous international competitors.

Charley has an experienced coach who knows him well, his mother. Cody Toscano heads the pre-professional ballet training program at North County Academy of Dance in Bonsall.