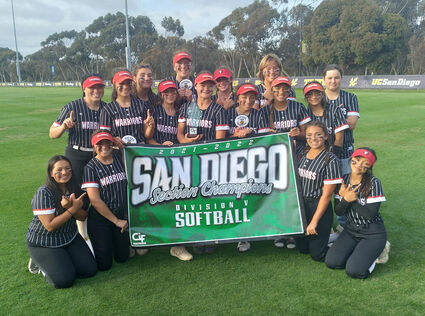 The Warriors faced Foothills Christian in the Division V final May 27 at the University of California, San Diego softball field. The 16-3 game was called after five innings due to the 10-run mercy rule.

"This team came together," said Fallbrook coach Lisa Stehle. "I'm just super proud of our girls. They didn't give in or give up."

Last year, Fallbrook's overall record was 2-17, including a first-round loss in the CIF Division IV playoffs, and the Warriors were 0-10 in Valley League g...