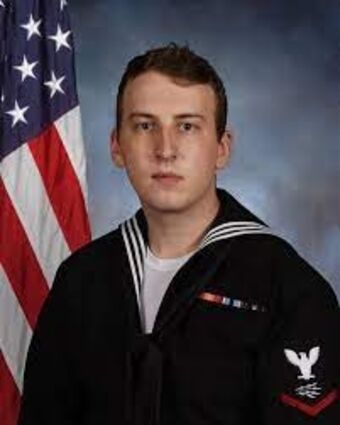 SAN DIEGO - The U.S. Navy today publicly identified the 22-year-old sailor who died of unknown causes over the weekend aboard the Coronado-

shortly before 6:30 a.m. Sunday, according to military officials.

Though an official ruling on Collins' cause of death is still pending, there were no indications of suicide or ``foul play,'' Lt. Cmdr. Christina

``My deepest condolences go out to the Collins family in this time of tragic loss,'' said Capt. P. Scott Miller, commanding officer of the Carl

Vinson. ``As shipmates we grieve the untimely passing of a talented young man. We will continue to provide support to the Vinson crew and the Collins

Collins joined the Navy in 2019. After his initial recruit training, he attended Information Warfare Training in Pensacola, Florida, before being

assigned to serve on the Carl Vinson in October 2020, according to Navy officials.