Fire crews "knock down" fire threatening nearby home in 4 seconds 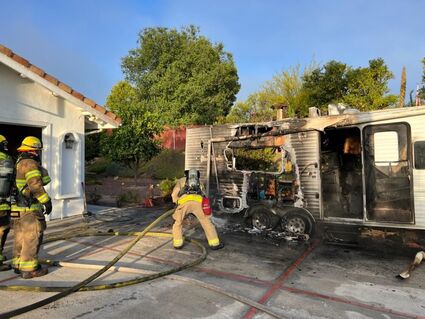 Crews remain on the scene in the aftermath of the fire, which is under investigation.

North County Fire crews were able to contain an early morning fire in an RV Friday, July 15. NCFPD responded to a fully involved RV fire in the area of the 2700 block of East Mission Road. NCFPD reported, "The fully involved RV was threatening a nearby home. The RV fire was dispatched at 6:02 am. The Fire crews arrived on scene at 6:08 am and the fire was knocked down by 6:13 am. Due to the quick and aggressive actions by our fire personnel, crews were able to keep the fire contained to the RV."

There were no injuries reported for the fire that is currently under investigation. 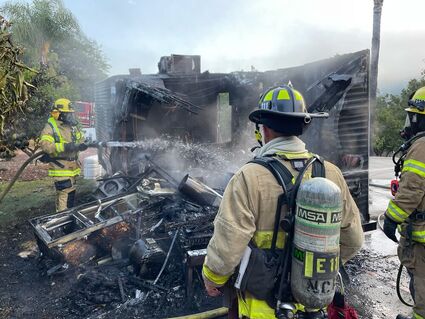