Retired pilot, 92, known for helping others in community 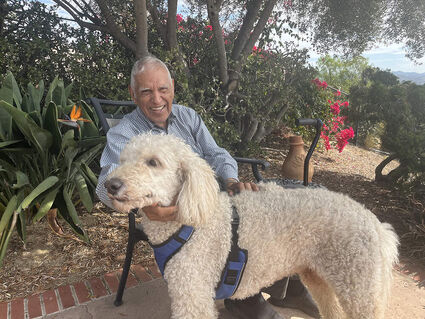 Al Ollivares is seen relaxing with his dog Charlie in his backyard. Village News/Rick Monroe photo

Al Ollivares has been a pilot on hundreds of flights, from a small Cessna to Air Force CI24 cargo planes taking equipment and supplies to the war in Vietnam. Following a 20-year career in the military, he flew commercial planes, and his flight logs show 14,410.55 hours in the air.

Daughter Keri Cook arranged to let him fly again on a small plane out of Fallbrook Airport on July 23, but the day didn't go as planned. Local pilot Ed Murray and his son Jayden offered a flight over F...