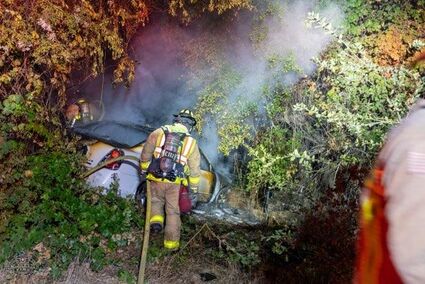 North County Fire Protection District firefighters responded to a rescue traffic collision call in the area of 3700 block of South Mission Road in Fallbrook on Thursday August 4, 2022, at 2:28 am. 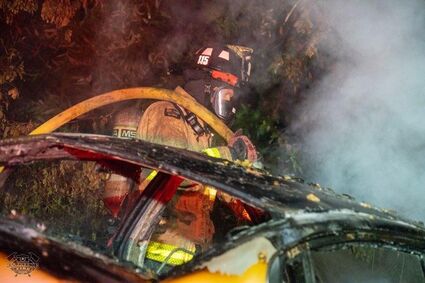 NCFPD crews arrived on scene at 2:32 am to find an unoccupied Nissan Altima off the roadway into a tree on fire. The vehicle fire extended into nearby vegetation, resulting in a small vegetation fire in heavy fuels, according to NCFPD PIO John Choi.

"NCFPD initiated fire attack and was able to stop the forward rate of spread by 2:37 am and have the vehicle fire fully extinguished by 2:48 am," said Choi.

Mop-up operations on the vegetation fire were completed by 3:32 am.  North County Fire Protection District responded with two engines, one ALS ambulance, and a Battalion Chief. They were assisted by one Cal Fire engine. Choi added, "Thankful no one was injured from this accident or fire."

This is breaking news and more information will be reported as it becomes available.