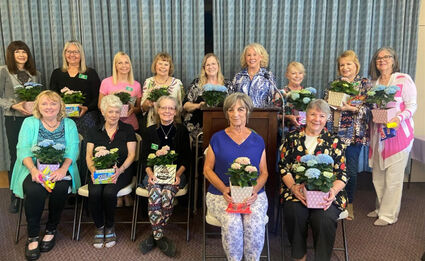 FALLBROOK – The Fallbrook Woman's Club installed its 2022 – 2023 Board of Directors and Mary Vitrano will continue as the president for another year.

She chose D'Vine Path as the President's Project. Funds are raised for this project by members who sell their homemade crafts and goodies at the monthly general meeting.

To learn more about the Fallbrook Woman's Club, members extend an invitation to interested women to their "Hats & Horses" Kentucky Derby Party from 12:30-2:30 p.m. on Tuesday, Aug. 16, at their clubhouse, 238 West Mission Road.