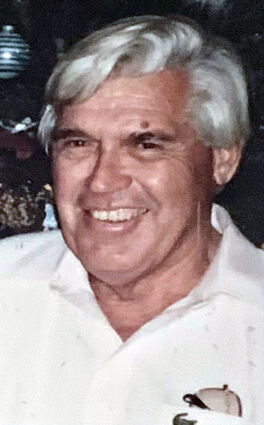 Delbert E. Brumley passed onto Heaven on July 12 at home with his family. Born in Randall, New York July 26, 1927, his family moved to California and ran an avocado and cattle ranch in San Luis Rey Heights.

He married Frances Tolerton in 1952 and they raised their family on the ranch. Delbert later began a business as a backhoe operator and put in water lines for new housing developments.

He was preceded in death by his son, Doug Brumley, and daughter Debbie Casserly. He is survived by his wife of 70 years Frances Brumley; daughters Bev Terregrossa and Cathy Casserly; eight grandchildren, and seven great-grandchildren.

He will be greatly missed.