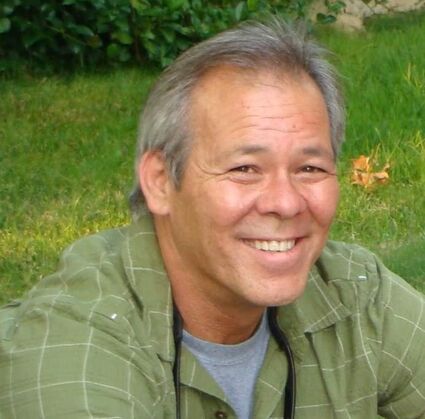 Dewey Gopp was born in Washington D.C., the third child of Jacob William and Yayoi Tanaka Gopp. He primarily grew up in Vacaville, California, where he graduated high school in 1975.

Dewey was extremely creative in multiple art forms, hairstyling, embroidery, woodworking and eventually working with metal. A master welder, he was known for his precision and attention to detail opening his own business, Goppwerks, in the early 1990's.

His hobbies included restoration of older jeeps, riding his KTM dirt bike and doing art. He was kind, caring, giving, had a great sense of humor and could BS with the best of them. He loved his family, home and friends. His neighbors affectionately referred to him as the "Mayor." He would lend a hand to anyone in need.

Dewey is survived by his sons, Yukiaki (Ashleigh) and Craig (Desirae); stepdaughter Laura Harbour Brannan (Kevin) and seven grandchildren as well as sister Helen and brother David. He was preceded in death by his parents.

A Celebration of Life will be held Sept. 10, 2022, in Bonsall. If you would like to attend, please email [email protected] for details.

In lieu of flowers, memorial donations can be made to the Valley Center FFA High School, c/o Mike Broomel, 31322 Cole Grade Road, Valley Center, 92082 where they will be used to support shop programs.