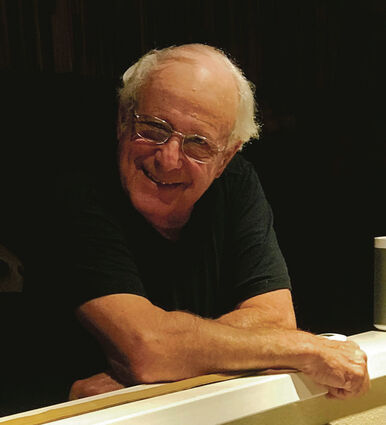 All who knew Gary were made better from his acquaintance and his sharing of a bit of trivia and/or local history and lore. Whether through conversation or written projects (Gary wrote a Fallbrook Sourcebook article comparing Fallbrook to the town of Bedford Falls in Frank Capra's "It's a Wonderful Life"), Gary loved digging into the history of his town.

Gary also loved music, especially epic scores like Miklos Rozsa's "El Cid." He played trombone in the Fallbrook High School Marching band, earning the title of Drum Major his senior year. Both Gary and his brother Marlin Vix, were chosen to play "Brother's Polka" written by E. Keith Popejoy, who was responsible for Gary learning to play trombone. After graduating from San Jose State University, Gary became a band teacher, started his family, and finally moved back to his beloved Fallbrook, his final home.

Locals could often find him at The Donut Pantry and our local hardware store. If you saw his faded school bus yellow 1973 Ford Courier pickup, you just had to smile.

In lieu of flowers, please make donations to: