Equity and climate change to be discussed 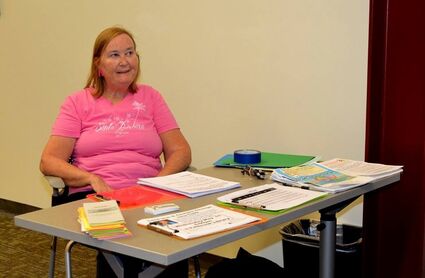 FALLBROOK – Joy Frew, co-founder of Fallbrook Climate Action Team, will lead a discussion about equity and climate change, Tuesday, Oct. 25 at 6:30 p.m. on Zoom. People in vulnerable communities have fewer options during extreme heat and other weather events, as one example.

Frew is a retired government employee with degrees in human services from Western Washington University. She has advocated for solar energy since 1980 when she was secretary of a group called Whidbey Island Solar Energy Association. During that time, her day job was an energy assistant, administering the Low Income Energy Assistance Program which distributed funds from the Windfall Profits Tax assessed against oil companies to low income people.

In 2015, Frew and her husband, Tom, moved to Fallbrook where she started volunteering with local groups. They began the Fallbrook Climate Action Team later that year.

An all-volunteer group, FCAT presents monthly presentations on climate change and mitigation, usually on the last Tuesday of the month on Zoom.

To receive the Zoom link, sign up for the group's eblast at https://fallbrookclimateactionteam.org/.