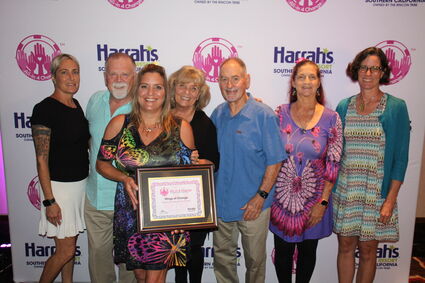 FALLBROOK – Wings of Change was honored as one of the 15 recipients in Harrah's Resort Southern California's "All-in 4 Change" charitable program. In total, $250,000 was awarded, with three community partners to receive awards in addition to 15 nonprofits selected in the online competition.

The awards were presented at a luncheon held at Harrah's So Cal Resort located in Funner, California. Stephanie Holbrook, the founder, accepted an honorable mention award for Wings of Change, the only environmental organization to receive an award this year.

According to the general manager Jill Barret...