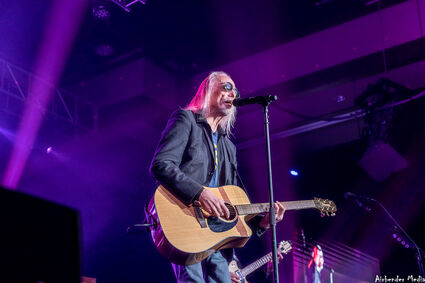 David Morgan is one of the lead vocalists for Three Dog Night and has been with the band since 2015.

The Three Dog Night concert Friday, Nov. 4, at Pala Casino Spa Resort's Events Center included 17 songs along with a keyboard solo during the band's 79 minutes on stage. Ten of those songs reached the top 10 on the charts, but two of the other seven songs indicated that the band's purpose was to inspire rather than just to entertain.

Three Dog Night has two primary lead vocalists. Danny Hutton is the only remaining original member of the band which was formed in 1968. David Morgan has been the other lead vocalist since 2015. Morgan gave the introduction to...