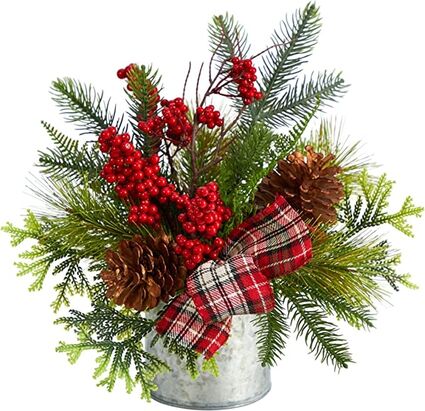 FALLBROOK – All are welcome to attend the Fallbrook Garden Club's Dec. 13 general meeting and be dazzled by the guest speaker, David Root. His career as a ﬂoral designer was a natural outgrowth of his 11 years as a hair designer.

In 1990, Root's creative instincts spontaneously led him to become one of the hundreds of volunteers, known as "petal pushers," who work on the spectacular ﬂoats in Pasadena's Rose Parade. Since that time, his talent and subsequent widespread recognition in the ﬂoral industry have literally bloomed.

Placing second in his ﬁrst design competition, Root's imaginative ideas and unique creations have captured more than 175 awards, from New York to California. In 2017, he was the recipient of one of the most prestigious awards on the West Coast, California State Floral Association Top Ten winner. He won the coveted Designer of the Year award at the San Diego County Fair in 1992.

Root's dynamic stage presence, combined with his intensive studies in the art of ﬂoristry, have made him a highly sought after lecturer/demonstrator/instructor with such prominent businesses and publications as University of California San Diego, FTD, San Diego Home/Garden Magazine and many garden clubs throughout southern California.

FGC meetings are held at the Fallbrook Community Center, 341 Heald Lane; social time at 12:30 p.m., business at 1 p.m .; and program at 2 p.m. The public is welcome. For further information relating to the club and its activities, visit http://www.fallbrookgardenclub.org.