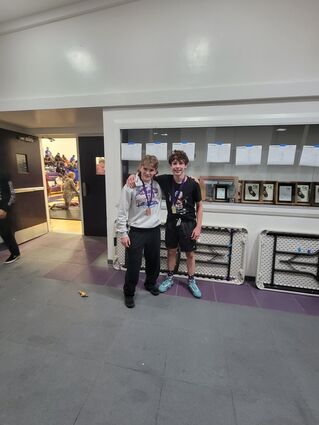 Tom Brockson has taken over as Fallbrook High School's head wrestling coach and, in his coaching debut Dec. 3, his son won the Carlsbad Invitational.

Nic Brockson won all three of his 113-pound matches by pin to capture that weight class championship. "We're all very proud of what he did. He put a lot of off-season work in this year," Tom Brockson said.

During the 2021-22 season, Nic Brockson was in the 106-pound class. He placed fourth in the Division II championship meet. "He kind of picked up where he left off," Tom Brockson said.

Two of the four Fallbro...