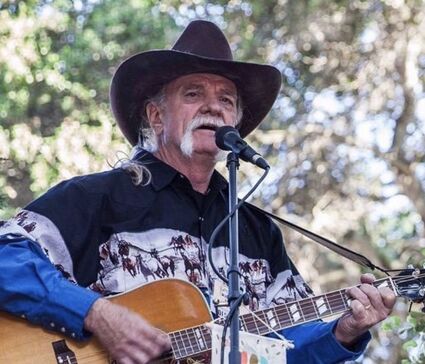 Derek was born on Sept. 1, 1955, in Winnipeg, Manitoba, Canada, to Bruce and Edna (Thorleifson) Lovett. When Derek was two years old, he immigrated to the United States with his family and became a naturalized citizen at age 7.

At age 18, Derek joined the U.S. Navy, and served for six years as a surface sonar technician. He then went on to work 30 years in the Aerospace industry for Hughes Aircraft, General Motors, and Raytheon. After 11 ½ years of college, Derek earned numerous degrees including his Masters of Business Administration in Investment Strategies, a graduate certificate in Supply Chain Management, and a Master of Science in Supply Chain Management.

Derek and his Dear heart Linda were very involved in numerous charities throughout the years. Together, they enjoyed donating their time and raising money for worthy causes including the American Cancer Society, Run for the Wall, Patriot Guards, Fallbrook Newcomers and Encore, Fallbrook Woman's Club, Fallbrook Vintage Car Club, Rally for Children, and PEO Chapter PF.

Music was a big part of Derek's life. He enjoyed playing his guitars, mandolin, banjo and the ukulele. During his early years, he would produce his own music cd's under his label Slackwater Records. After moving to Fallbrook, Derek and Linda joined the Fallbrook Chorale, The Wine Valley Harmonizers, and helped create their own group called Slacker Hill Band.

He was a wonderful husband, a loving father, a Supreme Wise grandfather, a respected brother, a cool uncle, and a good friend to all who were privileged to know him.

Derek was predeceased by his parents Bruce and Edna, and his nephew Zachary. He is survived by his wife of 38 years, Linda; his siblings Marnie (Lovett-Reidle), Craig, and Roger; his daughter Jessica Rayner (Jonathan), his son Christopher (Christine); and his five grandchildren: James, Caroline, Gabriel, Breanna, and Austin.

In lieu of flowers, the family requests that donations be made in Derek's memory to Run for the Wall or to the American Cancer Society.