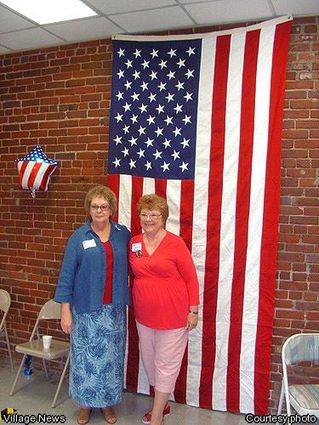 Local Republicans Sue Calnon (left) and Gloria Rowe show support for their party at the grand opening of their campaign headquarters on Beech Street.

FALLBROOK — On Saturday, September 13, the headquarters of the regional office of the McCain-Palin Republican campaign held its official grand opening at 131 West Beech Street. More than 150 people came to enjoy the fun, food and music that were provided, along with visits by several political figures.