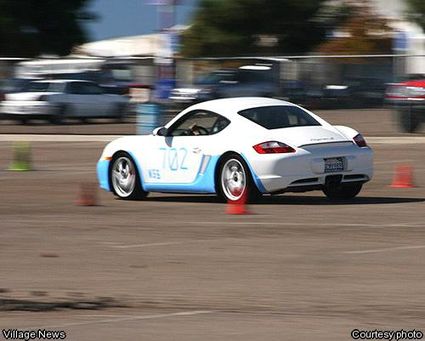 FALLBROOK — On most weekends for the past year or so, 20-year-old Grant Hebner could be found at Toyota Speedway at Irwindale, where he raced his #31 NASCAR Super Truck on the half-mile progressively banked oval.

Since the 14-race series ended on September 27 and does not resume until March 21, Hebner sought some off-season fun.

Grant and his father, Bryant, decided it was time to see how the family Porsche Cayman S would fare in competition. On November 8, the father-son duo competed in their first autocross and came home with a first and third place finish, respectively.