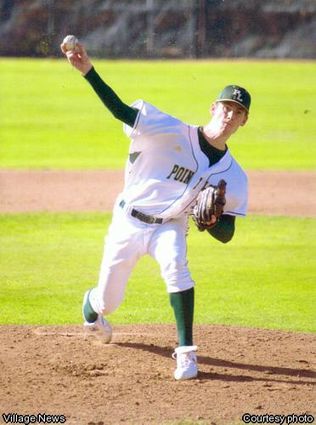 The 2006 Fallbrook High School graduate, who is now a junior at PLNU, had a no-hitter until Biola’s Billy Vopinek led off the top of the sixth inning with a ground-ball single.

Herter walked one batter and hit one in the seven-inning game played at Point Loma’s Carroll B. Land Stadium.

“It was one of those days where everything came together,” Herter said.

“He threw pretty well. He kind of had the benefit of a windy day to k...