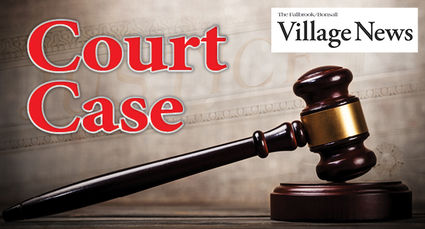 VISTA - A woman accused of attacking three senior citizens with a baseball bat as they slept in a broken-down car on the Pala Indian Reservation pleaded not guilty today to charges of elder abuse, assault, and vandalism.

The victims - who live in the Los Angeles area - had just left a nearby casino when the 2006 Honda Civic they were traveling in got a flat tire on state Route 76 in Pala late on the night of July 28, according to sheriff's Lt. Dave Schaller.

After tribal security officers helped them get the vehicle off the road, the three out-of-towners - two men ages 69 and 71, and a 69-year-old woman - arranged by phone to have a friend assist them, the lieutenant said. They then hunkered down to await that person's arrival, eventually falling asleep.

About 3:45 a.m., the suspect, and two male companions allegedly pulled up in a 2003 Honda Accord.

Cagey, 32, allegedly got out, approached the Civic, yelled at the occupants to "get off my land'' and began bashing the sedan with a baseball bat, Schaller said.

Startled awake by the violence, the two male victims got out of the car, at which point Cagey allegedly hit one of them with the bat and punched the other, sending both fleeing for their lives.

The assailant then began whacking the car again with the bat, smashing out all its windows and thrashing its body as the older woman cowered inside, according to investigators.

When passers-by arrived and intervened a short time later, Cagey and her cohorts fled, Schaller said.

Medics took the victims to Palomar Medical Center in Escondido for treatment of minor injuries and precautionary evaluations.

Detectives said they were able to identify Cagey as the alleged attacker based on the victims' accounts of their ordeal and the suspect's prior run-ins with tribal police on the reservation. She was arrested last Thursday.