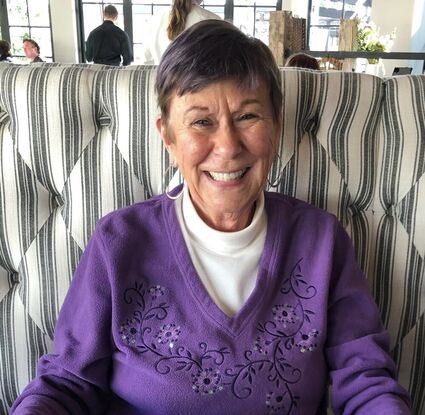 Peggy Shea was born May 20, 1934, to Lael and Andrew Brands in Iowa and raised in Illinois. She traveled from her home in Illinois to Southern California in her early twenties.

She met Bill Shea while working at Morningside Junior High school in the mid-1950s, and they soon married and moved to Fallbrook. There they raised three sons, Rich, Billy and Rob. They also welcomed Peggy's mom, Lael, to live with them in Fallbrook.

Peggy worked as a librarian and as a substitute teacher throughout the years and she and Bill became "pseudo parents" to countless kids within their community. Their family home was known as a haven, filled with love, happiness and laughter.

Peggy passed away on the evening of June 9, 2022. She is beloved and survived by her nephew, Jeff Brand; her sons, Rich and his wife, Anita; Rob and his wife, Trish; and Billy and his wife, Samantha, along with her grandchildren, Spencer, Aaron, Alivia, Kyle and Kaden.