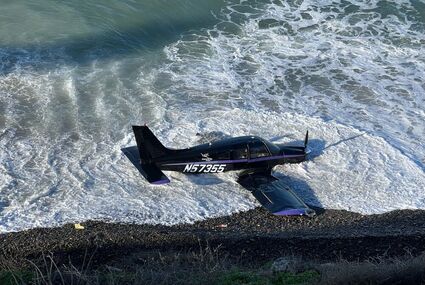 CARLSBAD (CNS) - A small plane with three passengers on board made an emergency landing in the waters off Carlsbad State Beach today, citing engine problems.

Just before 8 a.m., the Carlsbad Police Department was notified that the single-engine Piper Pa-28 aircraft reached the shore.

The plane was flying from Montgomery-Gibbs Executive Airport in San Diego to John Wayne Airport in Orange County when it had to make an emergency landing in the water after reporting engine problems, according to the Federal Aviation Administration.

The pilot and the aircraft's two passengers were safely removed from the plane and no injuries were reported, according to the CPD.

California State Parks was managing the emergency landing and investigating the incident.