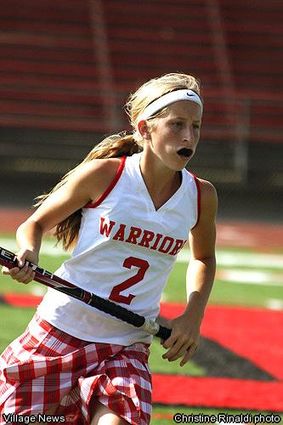 On September 12, the Fallbrook girls’ varsity field hockey team played their first home game of the season against the Poway Titans. Outstanding defenses kept the match scoreless through two 30-minute halves and a 10-minute overtime to send the game into penalty strokes. The Fallbrook goalie’s clutch performance set up a thrilling 1-0 victory for the Warriors.

In the first half, the Warriors controlled the tempo of the game and had possession of the ball for most of the period. Both teams played exceptional defense and left no room for a score.

Twenty minutes into the half, Poway had...