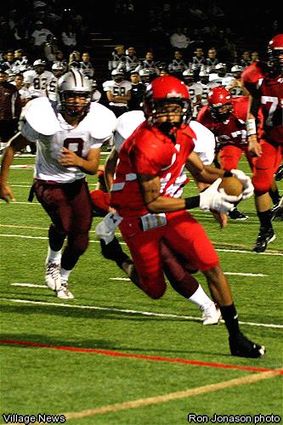 Homecoming is often recognized as a very special occasion. Sure enough, on October 10, the Fallbrook varsity football team gave the fans what they wanted: a victory over the Rancho Buena Vista (RBV) Longhorns.

It was Warrior Kameron Drawhorn’s first game of the season due to an earlier collarbone injury. He played as a key catalyst in the 21-18 triumph over RBV.

The game began with the Longhorns receiving the ball. They failed to convert on a third down and were forced to punt. The Warriors took over the ball but gave up possession after a turnover on downs.

The defense held the Longho...