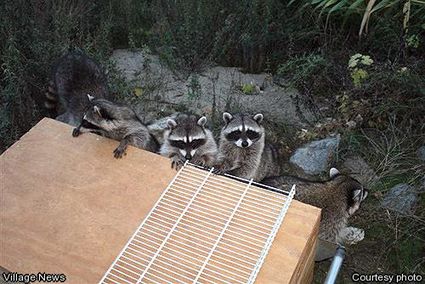 Four young raccoons get a look around after being released on undeveloped FPUD property.

The furry little critters had been orphaned after their mothers were hit by cars. They were then rescued by county animal control and turned over to Project Wildlife, a nonprofit volunteer organization in San Diego.

Volunteers carefully nursed and rehabilitated the pups for several months. Their...