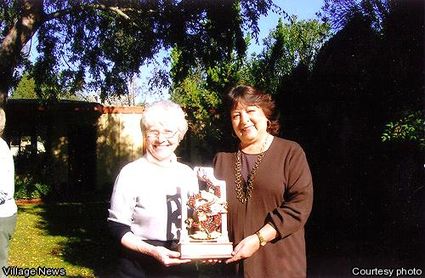 FALLBROOK — Priscilla White was recently named the 2008 Champion of the Mahjong Dragons of Fallbrook and was presented with the club’s special trophy.

The original dragon plaque was donated by the estate of the late Dorothy Francis and crafted into a piece worth displaying by the fine woodworking of Warren Dawson.

The ancient Chinese tile game of mahjong is all the rage in Fallbrook with many different groups usually meeting weekly to test their skill and luck.

The Mahjong Dragons of Fallbrook have played together for almost 20 years, having learned the game from the late Oleta Steve...