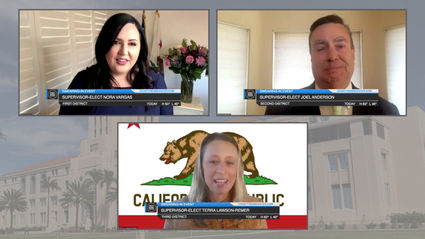 Three new members of the San Diego County Board of Supervisors were sworn in during a virtual event on Monday, Jan. 4.

Supervisor Nora Vargas succeeded long-time District 1 Supervisor Greg Cox, who had served on the board since 1995.

Supervisor Vargas was sworn in by her goddaughters, Fatima and Farah Jimenez. Afterward, the new board member made remarks in both English and Spanish noting her sta...