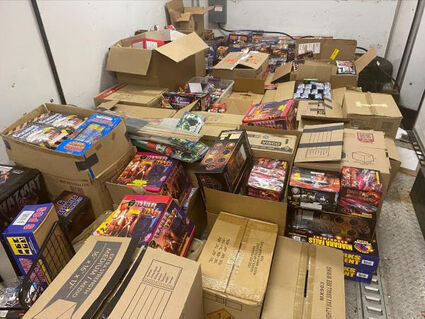 FALLBROOK - A 21-year-old man was arrested on suspicion of possessing an estimated 500 pounds of fireworks found in his garage and illegal sales of fireworks, the San Diego County Sheriff's Department said Sunday, July 3.

Natanael Garcia was booked Sunday into the Vista Detention Facility on felony charges of possessing more than 100 pounds of fireworks and illegal sales of fireworks. His bail was set at $20,000 and he was scheduled to be arraigned Tuesday, according to jail records.

The fireworks were found just before 7 p.m. Saturday, July 2, in the 200 block of East View Street in...