Fallbrook 10U All Stars take second place in tournament 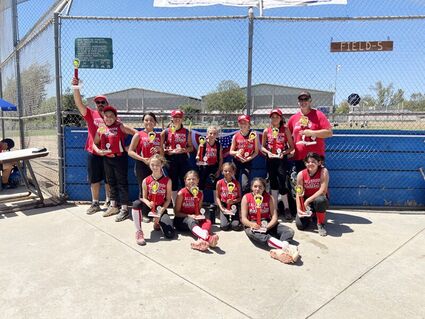 FALLBROOK – Over the 4th of July weekend, the Fallbrook 10U and 14U All Star girls softball teams played in the 37th Annual Freedom Tournament at Kit Carson Park hosted by the Escondido Girls' Softball League.

The tournament began with pool play on Thursday, June 30, and continued through Saturday, July 2 when bracket play started in the afternoon. Both Fallbrook teams struggled during pool play with the 14U team losing 4-8 vs. San Marcos on Thursday and 0-10 vs. Goleta on Friday. Fallbrook 10U lost 0-8 vs. Mira Mesa on Thursday and 2-10 versus Placentia Yorba Linda on Friday.