Toucans and macaws found in Fallbrook! 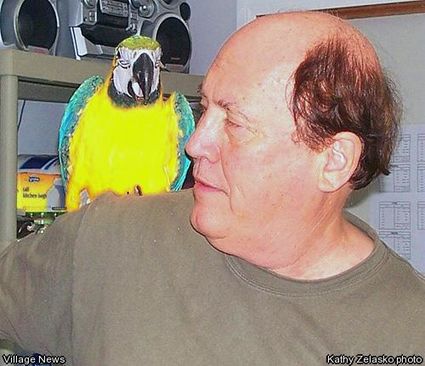 Screeches and squawks are likely to be heard in the De Luz area of Fallbrook, but the noises aren’t emanating from the 80 or so species of native birds that make their home there. The varied bird sounds drift through the air at a breeding facility called Emerald Forest Bird Gardens, founded by Jerry Jennings in 1990.

Jennings’ keen interest in exotic birds has spanned more than 30 years. He is also an attorney, but his passion is raising and owning toucans, parrots and other feathery friends. His e-mail address is, appropriately, [email protected]; and he takes frequent trips to South America, where he owns a coastal rainforest habitat which has been set aside to protect various bird and mammal species.

On his 40 acres in De Luz, large cages house 50 different varieties of birds. Jennings sells to zoos but also exports worldwide through his Web site. He likes toucans the best and proudly states, “We have the largest collection of toucans in the world.” The birds sold on the Web site are raised at the Fallbrook compound.

Toucans, mostly from Central and South America, are known for their long and colorful bills which enable them to eat various fruits and insects. There are 43 different varieties of toucans and Jennings owns 21. Each cage is quite large so the birds have plenty of room to stretch their wings.

He began his collection with finches while attending graduate school at UC Irvine in 1971; he then added small parrots, then larger parrots, then toucans. In 1990 he outgrew his facility, then found more acreage in Fallbrook where he established his compound.

During the fire evacuation last year Jennings was able to take all of his birds due to “a lot of help and a lot of vehicles.” Friends secured the birds in boxes, then evacuated them to various private homes. Thankfully, the compound was not touched by the fire.

Jennings has kept two pet birds for himself: a macaw from South America that was born in 1983 and a Bare-eyed Cockatoo from Australia.

If someone is looking for a pet that will last most of the owner’s lifetime, a large bird would be the answer. “The large birds live a lot longer than dogs or cats,” Jennings said. “They are also very friendly.” Jennings’ birds are hand-fed as babies, which helps to tame them.

During my visit Jennings released his pet cockatoo, Toby, from a room where he was sequestered. Toby has never been caged and usually flies freely around the house. The bird immediately flew to my shoulder and began saying a soft “hello” in my ear while bobbing his head up and down. Toby has a vocabulary of about 20 words. “You can’t really teach them; it is up to them to decide what they want to say,” said Jennings. “They do their best learning under a year of age.”

I was privileged to visit the nursery where the baby birds are kept until they develop their feathers and are weaned. When the birds hatch they have no feathers but develop them over time. The babies are hand-fed and can be sold only when they begin to eat on their own.

Jennings is in the process of developing a bed and breakfast for people who are interested in learning about the birds on the compound or who just want to get away. Cabins will be situated near a stream; further information will be posted on the Web site soon.

Jennings is a world-renowned authority on birds; in 1978 he received two world first breeding awards for the Ariel Toucan and the Emerald Toucanet. He has also written numerous articles on the management of toucans, toucanets and aracaris and has lectured on the subject throughout North and South America. He is the founder of the American Federation of Aviculture and director of the Toucan Preservation Center, a nonprofit research foundation.

Because he loves what he does Jennings said he is going to continue his life with birds until “I fall over and can’t do it anymore!” 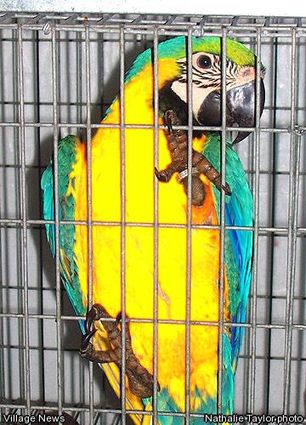