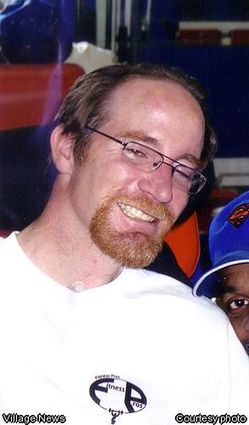 Paul Matthew Pastizzo, 40, passed away on October 11, 2008, at his home in Fallbrook. He died of natural causes resulting from a car accident in 1990. He was born on Thanksgiving morning, November 23, 1967, to Beverly J. and Emanuel E. Pastizzo. Paul graduated from Fountain Valley High School in 1986.

Paul was an outstanding and competitive player in sports most of his life. He played baseball, basketball and football. Many times he was named MVP and was on all-star teams. A dream Paul was unable to realize was marrying and having children. He was the kind of person everyone loved and who loved everybody.

Memorial services were held for Paul on October 15 at Living Waters Christian Fellowship in Fallbrook with Pastor Tim Zemanek officiating. Entombment at Camp Rosecrans in Point Loma is planned.

In lieu of flowers the family requests donations be made to North County Disabled Services, Inc., Box 1300, Fallbrook, CA 92088.