Mormon Battalion has ties to Fallbrook 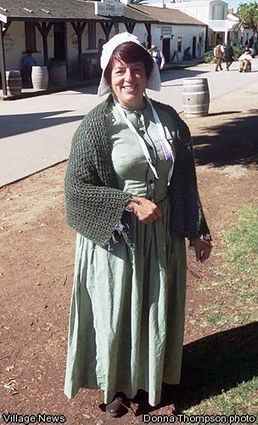 Fallbrook resident Janet Craig, dressed in Mormon Battalion-period clothing, was one of the event coordinators.

SAN DIEGO — On Saturday, January 31, at Old Town State Park, hundreds of participants, many from Fallbrook, commemorated the 161st anniversary of the Mormon Battalion’s arrival there after one of the longest, most torturous marches in military history.

It must have seemed like paradise in January of 1847 to the half-starved 335 men and four women of the Mormon Battalion who straggled into the Little Mission of San Diego.

June of 1846 found 15,000 Church of Jesus Christ of Latter-day Saints members strung out across Iowa in a half-dozen or more makeshift encampments.